Shane hails originally from Australia and has years of vast experience coaching across the globe in places like New York, Philadelphia, Austria, Germany, and most recently Hong Kong. He has a Club Professional Advanced Coaching Certification in Australia, with a Diploma  in Sports Management.
For the past 12 years, he was the Director of Tennis at the prestigious Hong Kong Jockey Club and ATA Hong Kong Football Club, where he also concurrently served as the Director of Tennis Operations for Tennis Asia (the largest tennis management company in Hong Kong).
Shane was an Assistant State Coach in New South Wales, Australia, and served as a talent scout for Tennis Australia.  Additionally, he has coached players on the ATP and WTA as well as served as a world junior ITF coach.
As a player, he was a nationally ranked junior in Australia and played globally in the Challenger and Satellite circuits, as well as Team Tennis in Austria.
Shane will be available for lessons six days a week and will focus on Ladies Team Training especially WITS and LTS teams as well as oversee our junior tennis program at the Academy. 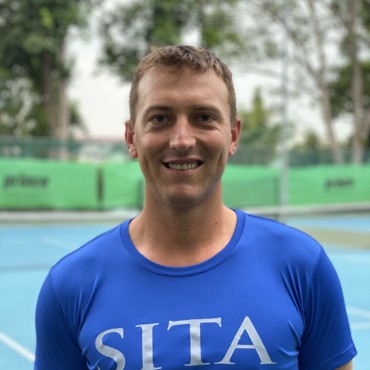